The need to describe a DJ can often end up in simply losing too many words about something that is difficult to describe with those, because it should be about feeling. In the case of resom, this is definitely the case. After more than 20 years of intense involvement with the moment of being a medium, one thing remains above all: to listen.


Resom doesn't commit to a musical focus or an artistic source of inspiration, let alone a linear story. Her sets are an expression of organic diversity, emotional spaces and atmospheric energy. It's all about resonance, feedback, depth, transparency and honesty, connection and shadows.

Actively she is mostly seen these days at her home club ://about blank. The creative collaboration with ://about blank began even before the opening, resom could not be missing from any lineup from the beginning. Invaluable experience with the Leipzig based homo elektrik Kollektiv as well as from her past cultural agency option music was just as much a part of her as a ghostly sense for moods and the momentum on the dancefloor. Beside dance floor orientated events she also co-curates the talk series „the amplified kitchen“, an event concept that expands the context of the club in terms of content, organises DJ workshops and is a long term mentor for Spoon DJ workspace. And after her radio show OPTION for the no longer existing Berlin Community Radio she recently started a new radio residency for refugeworldwide.com. The show is called COMPLEX and is dedicated to weird sounds and deeper acoustic explorations. Beside that she holds residencies at Palomabar Berlin and Zhao Dai Beijing, which hopefully will be possible again in an unwritten future. 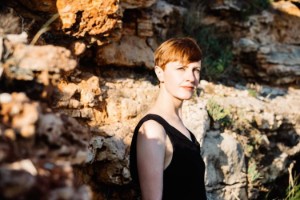