Spearheading a percussive yet atmospheric sound, Konduku’s minimalist approach to house and techno carves out a singular space where the artist can experiment with an amalgamation of new and futuristic sounds.


With a raft of acute tribalisms found across the Nous’klaer label he’s commonly associated - it’s the artist’s ventures further afield that are also drawing plaudits, most overtly his hailed Parlama EP for Spazio Disponibile.

Seeing some techier UK club cuts make it to the Idle Hands label in 2019 (Lila EP), other radical and leftfield techno expressions can be found on Delsin’s Mantis series, to more abstract and experimental outings via Disk (Şeker, 2020). Inspired by a musical mixture of influences taking in mid-2000s Italian techno, eastern-bloc & European minimalism, to turn-of-the-century tech house - Konduku’s originality comes through a kinship with British bass culture and the frenetic polyrhythms, otherworldly syncopation and distinct flex of his own linear steez.

Having now relocated to Berlin, groove and rhythmic pulse remain a priority of Konduku’s DJ sets, however it's a mix of halftime steppers, quick cuts and layered blends that conjure up hypnotisms and alluring new hybrids in the process. A major musical talent full of artistic influence and an outsider’s edge, it’s Konduku’s obsession for drums and the spaces in between that creates a unique set of sounds that not only inspire but live long in the memory. 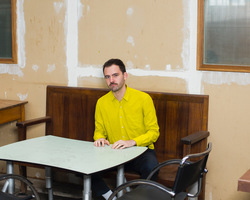